We can abbreviate these rules by using “W” for a pair of adult rabbits and “w” for a pair of baby rabbits (“w” signifying two pairs of rabbit ears, of course). 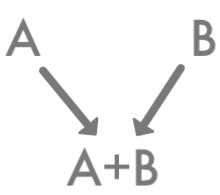 The population starts with a single pair of baby rabbits. The question we want to explore is this: As the months go by, how does the rabbit population grow?

Let’s compute the rabbit population for the first few months and see if we can see a pattern. Looking for patterns is very useful in math – it can help show us where to investigate a problem further.

At the first month, we are told, there is one pair of baby rabbits.

At the second month, the baby rabbits have grown into adults. One pair still.

At the third month, the first pair has produced a pair of baby rabbits. Two pairs total.

At the fourth month, the adult pair has produced another baby pair, and the previous baby pair has grown up. Three pairs.

At the fifth month, both adult pairs have generated baby pairs, and the previous baby pair has grown up. Five pairs.

One more time: At the sixth month, all three adult pairs generate baby pairs, and both baby pairs grow up, and we have eight pairs.

Putting all this together, we can count the number of rabbit pairs in each generation: 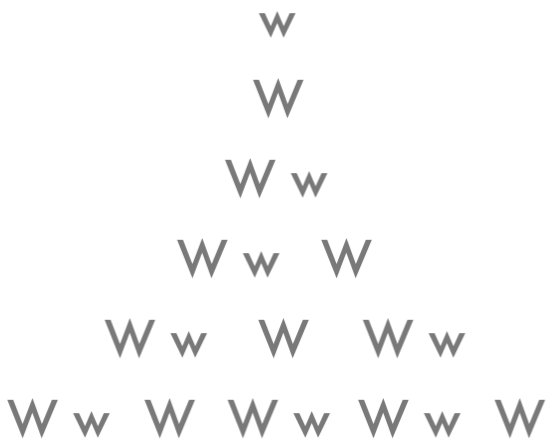 But why are the Fibonacci numbers appearing here? And does this pattern continue on forever? 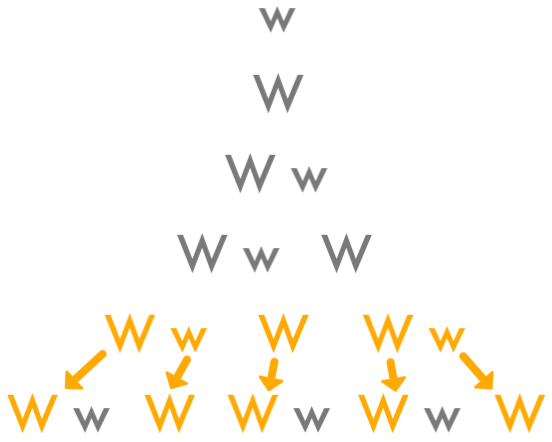 Okay, that’s very convenient. Now what about the baby rabbit pairs? They haven’t existed for a whole generation, but they’re not some random number dropped out of the blue. Remember our rule: 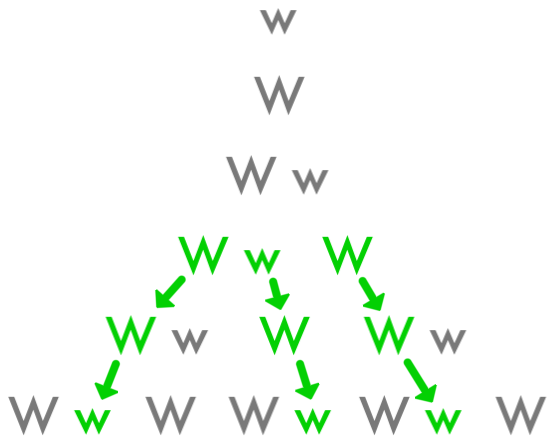